Can you create good 3D model from images taken with your phone? My personal experiment. Phone vs.Camera.

Did you know that when you write into Google that you were thinking hard about something, one of the first results is " Why Procrastinators Procrastinate"? :)
Not that it is the reason, why I am posting this a bit later than expected.

No, the reason why I am posting this a bit later, is that I have something special for you.

But, in order to make it up to you I have created not one, but 2 models.

I have seen on the Internet that many people just take photos for their 3D model with phone, and I have started to wonder, whether it is really that simple.

That is why I have decided that I will create two 3D models of the same object. One with photos from my phone, one from my camera and  then compare them. 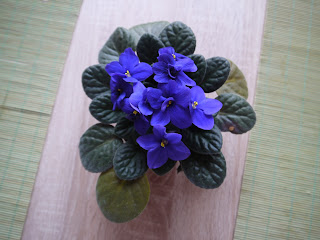 Nowadays, the cameras in smartphones are pretty good, mine has 8mpx and I think that it is sufficient, thus I was really curious about the result.

When taking photos with your phone, the principles are same as with any other camera. Make complete loops around the photographed object. And when it comes to capturing details do not jump very close to the object at once, but make it gradual.

And, again, and I will repeat this as often as it is necessary, have good light when you are taking your photos.

You will see that it is worthy.

I have learnt my lesson.

Piece of advice, if you are actually planning to go and take photos with your phone, just check in advance, whether you have enough memory available.

Because, guess who didn’t?

Another piece of advice (well, more like heads up), even in this hasty world, people are still noticing things that are happening around them. Thus, be ready that you might get quite a lot stares, where you can see the question in peoples’ eyes: “Why is that woman taking photos of plush owl, which sits on the top of a trash can?”

If you don’t want to get these types of stares, another piece of advice, take photos of something that you did not bring with you. Statue is good, because then you just look like very enthusiastic tourist.

Or artist.
Or hipster.

Oh man, I am just one, great, fountain of wisdom.

And I know that you wanted to see that plush owl, but at the last minute I have changed my mind, because thanks to my friends on Facebook, now I know that it was first spring day.

Hence, I have decided to give you these 3D flowers. 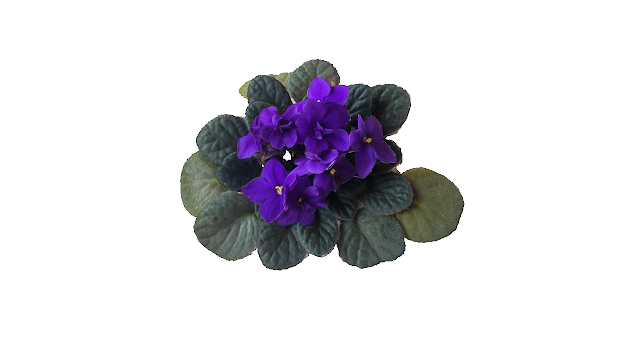 So, what are the results of my phone vs. camera experiment?

Both times, I tried to do exactly the same thing.  I tried to keep the same distance from the flowers and circle the flowers 3 times. And I just used automatic settings when I was taking the photos.

Both of the models have turned out actually pretty good. After aligning the images in the App, the images from phone were all aligned into one component. The images from the camera were aligned in two components, One very big, with most of the images and one with only, maybe, 10 images.
But this may happened due to the fact, that I actually did not keep the same distance when taking the photos an I jumped too quickly to very different angle.

Or it may be because of something else. However, the RC software can help you to figure out what you did wrong. 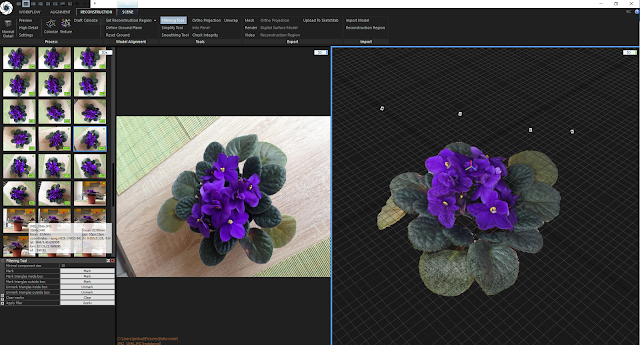 In order to explain what is meant under the components, here is a short definition:

A component is a group of images which are aligned together. Sometimes you can get more components, for example when your photo collection contains more than one disjoint physical object, object texture is weak, there are not enough images or the change in perspective is too high, overlap among images is small and RealityCapture could not pair the images automatically.

So here in this definition lays one of the reason why my images from the camera were aligned in more components.

What I needed to do was to figure out which one was it.


RealityCapture software, has this cool feature where you can merge components. You can either run alignment again or use control points or add more images.
Furthermore, what is very useful is the Inspection tool which helps you to analyze dependencies among cameras in a scene. It shows you what are good and weak points of a scene.

But that is the topic of upcoming posts.

Oh yes, we are going to get very technical.

Surprisingly the flowers itself actually come out really well, but the flower pot was tricky part. But as it always happens, nothing goes as smoothly as somebody wishes, so there was actually huge part of the pot missing.  I thought that it is because the images were quite dark, as I was taking photos against window. Thus,I tried to adjust the light directly in the images. 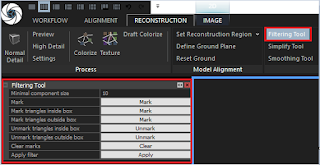 Hence, I have decided to show you only the pretty part of the model. Anyway, the important part are the pretty flowers. Furthermore, I played also with filtering tool which allows you to get rid off all unwanted triangles. That actually helped a lot.

OK, the models are not perfect ones. But I have already discovered new cool features of the software and I am ready to use them for my next model.

Both of the models have been adjusted in Sketchfab, however with same settings. Only difference is that one has white and one has green background.

So here they are. For better comparison I am showing also the original pictures.
I am not going to make any conclusions here, because it is best when you see it for yourselves and form your own opinion.

However, in my humble opinion, both of them turned out quite good. 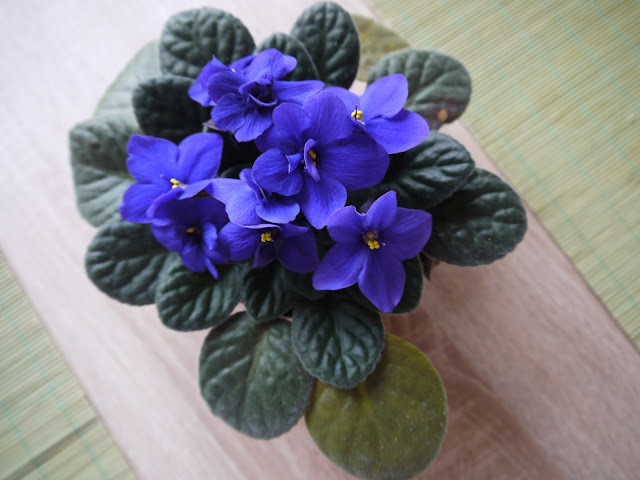 Violets (RealityCapture) by JaneBeeCR on Sketchfab
Original picture from phone 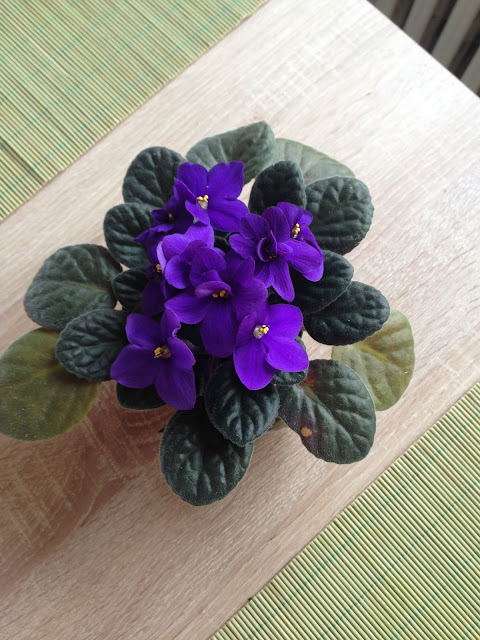 Violets 2 (RealityCapture) by JaneBeeCR on Sketchfab

Popular posts from this blog

How to take photographs in order to achieve the best possible results. 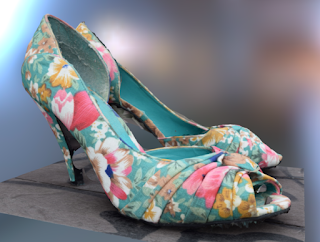 I have decided that I am going to give you some useful tips on how to take photos for photogrammetry, so you are able to get the best possible results. Not that I am already a professional photographer. Consider this to be do’s and don’ts when taking photos. Basically, it is the summary of what I have learnt from various sources, what was told to me and my personal experience.  It is actually pretty easy. There are several rules and if you stick to them you will get high detailed 3D models.  First of all, you can really go crazy when it comes to number of images. Honestly, why would you say to yourself: “100 images? That is enough!” Just take as many as you want, you will thank me for this advice when you will be creating your model. Just to give you a hint, why is it better to take more pictures, look at this picture. This is what happens when you do not take enough photos. Pretty? Well, not really. OK, this migh
Read more

How to scan shiny surfaces 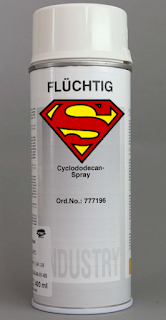 Windows, glasses, jewelry, metallic surfaces.. everything transparent, reflective or shiny... the eternal enemy of photogrammetry. Luckily, there are heroes which can fight these villains. They might be inconspicuous, blended within the crowd. However, they are always there to help in times of need. These heroes are called....wait for it... coating sprays! For those who are new to photogrammetry and are wondering why is it such a nightmare to scan transparent, reflective or shiny surfaces, the explanation is quite easy. Photogrammetry works based on exact positions of reference points on certain surface. Thus, with these types of objects, the surface has no texture/detail which software can pick up on and the reflection is changing as you move, hence the reference points cannot be defined. Imagine a glass... you don't only see reflection of yourself and the surrounding environment, but you see through the glass and see the distorted version of what is behind the glass. Bu
Read more

How to never miss a spot again with inspection tool.

Let's get technical! Because, I am very good in keeping my promises, we are going to focus on one very useful tool in RealityCapture software. Imagine scenario: You have decided that you are going to museum and that you have obtained permission to photograph one object, but you have to do it within one day. After that, you won't be allowed to photograph it ever again. Now, it can go either very well, because you have read my previous post about taking photos and now your are Pros:) Or, it can go really wrong, and you miss some spots of the photographed object and you discover it only after you are at your home or office, sipping your coffee, uploading photos and seeing huge hole in your 3D model. Does the coffee have taste of regret? I bet it does. However, luckily, with RC you can avoid this horrific scenario. The solution to this problem is Inspection tool. I have already mentioned this tool in my previous post, but now I want to give you more details, so you re
Read more